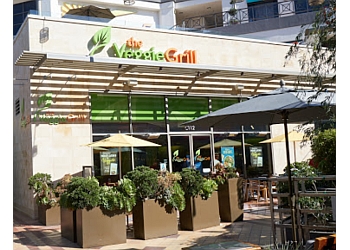 On 27 June 2017, 5 of the world’s greatest cooks – Ferran Adrià, René Redzepi, Massimo Bottura, Daniel Humm and Joan Roca – all previous winners of the World’s 50 Greatest Eating places, got here collectively for #50BestTalks Barcelona, sponsored by S.Pellegrino and Acqua Panna, to share their visions for the way forward for gastronomy. From Atlanta’s Cooks & Soldiers, a tackle a traditional pintxo tapas bar in Spain’s Basque region to Chef Vivian Howard’s Chef & the Farmer, which was one of many first to take a deeper have a look at the ingredients and methods behind Appalachian cooking, Southern eating places have never been more exciting, vibrant, and inclusive.

No voting member is allowed to vote for their very own restaurant, or one by which they have an economic curiosity, and voters will need to have eaten in the eating places they nominate throughout the past 18 months – although it isn’t potential to make sure that they’ve.

There is no such thing as a record of nominees; every member of the international voting panel votes for their own private choice of seven restaurants. To ensure that there are winners from many areas, judges are inspired to vote for up to three restaurants in their own region, with the remainder forged outside their house area.

The best restaurant in the world for 2017 is Eleven Madison Park in New York, run by Daniel Humm and Will Guidara: the World’s Best Restaurant 2017 checklist has been revealed in Melbourne throughout the event, for which S.Pellegrino and Acqua Panna are the official water, staged on the metropolis’s Royal Exhibition Building.